The first time I heard The Dream Syndicate (TDS) I was at one of my favorite record stores rifling through the stacks looking for something interesting for the weekend. Nothing was catching my eye but I began to notice that the record the shop owner was playing was good. It seemed to bring one solid head-bopping tune after another. As I browsed I kept listening. Then “Bullet With My Name on It” come on. As the song came to an end I walked up to the counter and asked the owner what were we listening to. He said it was The Medicine Show by TDS. I bought the record. That’s how I was introduced to the TDS and the reason why I always take off my headphones when I walk into a record store. 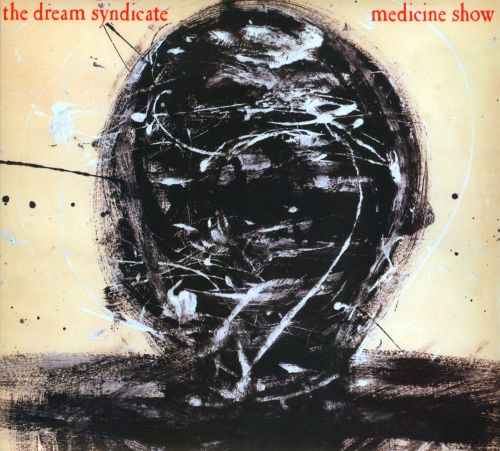 That was about two years ago. Since then I listened to TDS’s other albums including their most well-known, The Days Of Wine And Roses. Towards the beginning of this last summer I heard TDS was putting out a new album and going on tour. I was excited. I had become a fan of their music decades after they broke-up and lamented that I would never get a chance to see them live. I bought tickets to the show as soon as they became available and waited patiently to see TDS live, hoping I would enjoy the show as much or more than their recorded music from thirty years ago.

I have a mixed experience with rock bands getting back together and going on tour. I never know what to expect. They can never have the youthful energy and contempt that is often a crucial component of their earlier song writing. What they lack in youthfulness they often make up with experience, showmanship, stage presence, skill, and a mutual love for their fans. There was some of that in this show but I was not a fan thirty years ago. To me TDS is a band that I have only known for a couple of years. Some of the older fans in the crowd were really enjoying themselves and that was evident.

I cannot say the same for my experience. I got something a little bit different than I bargained for and maybe that’s because I only know TDS from their recorded music. What I mean by that is that there was a jam session in the middle of every song they played. Jam sessions do not often make it on studio records due to time and space restrictions. At this point I have to mention my bias against jam bands. I think they are boring. TDS would start a song, play the first half, then break down into a jam session. They played their instruments well but there are only so many times I can take a jam session before I get bored.

Their new songs sounded like TDS songs in that they didn’t stray far from their recognizable sound but lacked that element that separates just a recognizable TDS song from a good TDS song. They played their older hits well, in particular I enjoyed their rendition of “John Coltrane Stereo Blues.” In that song they found a good middle ground where they were not just playing their songs as it sounds on their record, (possible the most annoying thing a band can do in a live performance) but also avoided the drawn out jam session. Changes in tempo, a reasonable amount of jamming, and a well-timed pause all worked to elevate the mood of the song. Other than that I found the performance to be lackluster.

If you are a long time TDS fan I think you should go see them, particularly if you saw them on tour in the 80s and were a fan. Those seemed like the folks in the audience that were enjoying themselves the most. If you are new to TDS, I recommend you get a copy of The Medicine Show or The Days of Wine and Roses.