*Disclaimer: These are the words of someone deeply in love with an album. All hyperbole and analogy must be accepted as factual and taken as universal gospel.

It starts with a sample of water. It’s either rain, or a stream. It takes you immediately out of your present. Placing you somewhere in your past or future, while making you acutely aware of the beauty right here in your present. This is the magic of AIR’s Moon Safari and what makes it as close to sublime an album as has ever been recorded. It is a classic and the defining album in the lazily named genre electronica. Online it is categorized as “future jazz, downtempo, synth-pop.” To categorize it is to diminish its power as a rocket transport to gravity-free musical bliss. It is an album for songwriters, musicians, producers, and casual listeners; each will find something brilliant. This is its genius.

When released, it was universally acclaimed, made many end-of-year best of lists, but was sometimes derided for being music to soundtrack a dinner party. I thought then, and still do, if that derision is even remotely accurate, I would anxiously wait by the mailbox for an invite. The menu for dinner wouldn’t matter.

I first heard the album on a March night in 1998 in a London record shop while sat in a 60s bubble-chair-turned-listening-station. It’s almost 42 minutes long, and in that orb, I played the record twice through before someone knocked on the shell, “Uh…Mate. Can I have a go?” 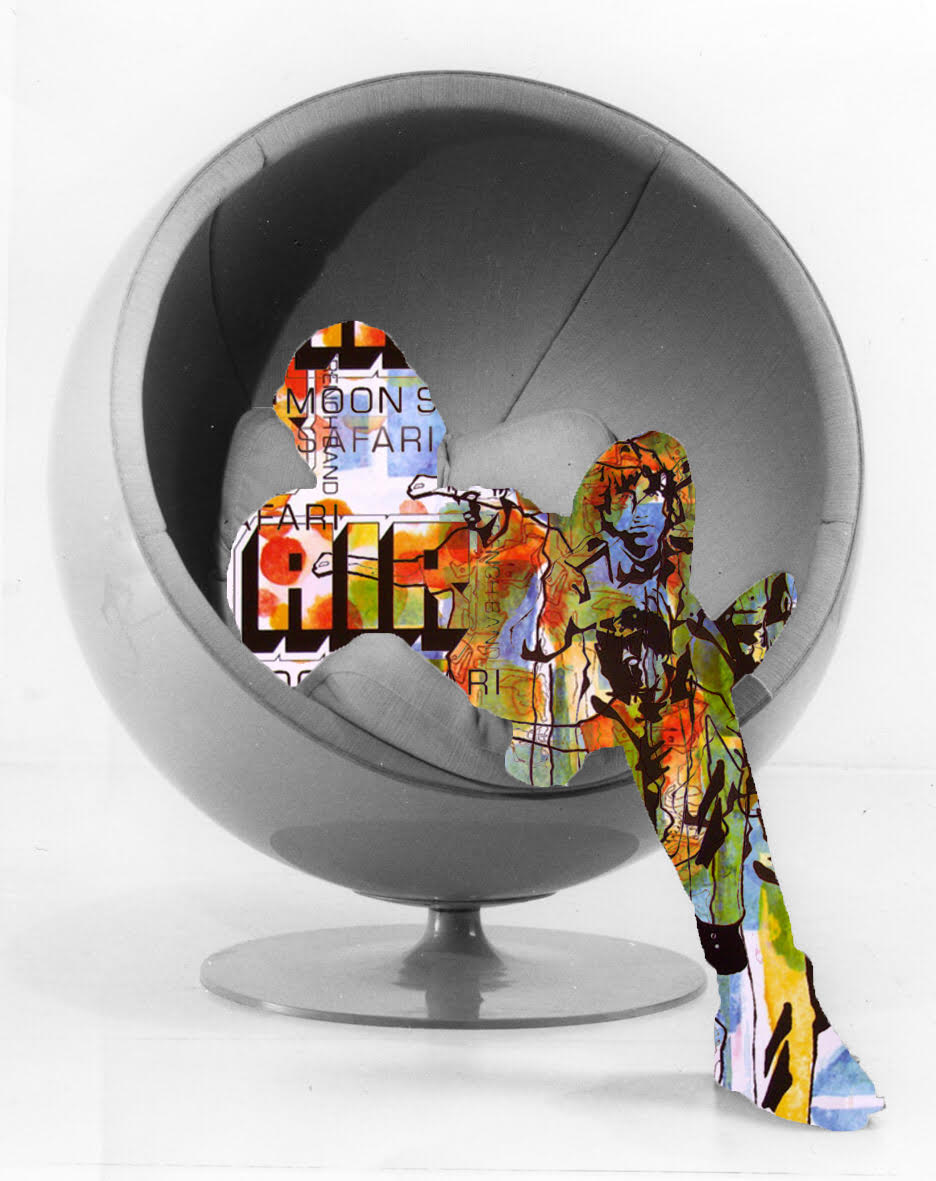 I could have cocooned myself and pushed repeat a hundred more times. It was love at first listen, and like being in love with an actual human, it made even the questionable ergonomics of the chair enjoyable. This was more than limerence. It was a chill-inducing eclipse and full-blown case of lunar love. I bought the CD, put it in my Walkman, and stepped out into the moonlit street.

20 years on, Moon Safari still manages to reduce the pull of gravity on the psyche. It floats and drifts, while having the weight of fully realized songs to anchor it in the tradition of the best of all music, electronic or other. Some say the album is dead, and I don’t know if that conversation is still being had. It probably is. And if it is, it misses a point. Single pop songs are great. They’re an art form. Like a pop-haiku, they eliminate the unnecessary. Conversely, a great album has both exceptional singles that can be consumed as three-and-a-half-minutes of bliss, and album tracks that augment the spirit of the singles. A great album makes the unnecessary necessary. This is not a new thought.

Moon Safari is this album. ‘All killer, no filler,’ as they say.

While not solely electronic, the overall palette of Moog, Wurlitzer, Casiotone, Clavinet, et al. makes you feel like you are living in the future while being warmed by the past without the queasiness of sentiment. The vocoder sung Remember is proof: still modern with slight melancholic reverence for things past.

The singles are fantastic (Sexy Boy and Kelly Watch the Stars) and the songs that help the singles breathe are fully fleshed-out album tracks with lives of their own. The, just over, seven minute first track La Femme D’Argent is one of the great album openers of all time. It pulls you into its orbit gently, but with just enough Moogy and blippy accelerant to know you’re leaving this world. It’s a masterwork of vision in the best spacey-sense of the word.

La Femme D’Argent was the 6am morning alarm song for my partner and I for a few years in the late-Naughts. It’s beautiful, hopeful, stabilizing, and confident. What more could you want as the sun comes up? Try it. And it works both with or without someone on the pillow next to you. Yes, it’s that good. You’re welcome.

Right now in between these bursts of words on this laptop, the second repeat of the album begins. I look out the window and watch the Portland winter rain. It’s early February 2018, and listening to this album again from beginning to end, I think about sitting in that bubble chair on the other side of the planet, which at this time of day is facing the Moon. The songs pass, and I think about the loves,  losses, and longings I’ve had in the last 20 years.

Dreams, loves, and people have come and gone. Some remain and some are now just imagined. Others will come and there will be new songs and albums that will make me fall again. But it is a rare thing to fall for a piece of music that over years reveals itself to actually having become a part of your musical D.N.A.

Moon Safari is one of those that can get in your system and reprogram how you actually listen to music. It has for me. Like when the “giant leap for mankind” reimagined our human possibilities, Moon Safari can redefine how you listen to music. It’s the kind of album that justifies music existing. And no, I’m not equating it to the Moon landing. I’m in love, but I’m not a lunatic.

If I am lucky enough to be around to listen to this album in another 20 years, I wonder if it will still hold its power. I think it will, and I hope it does. The magical, mundane, sad, joyous, and excruciating moments that will come need a soundtrack and a salve. I’ll put the record on and test it. I’ll get back to you with my findings.

Over the years, I have not thought much about that first time. I’ve just pushed play and done what was there to do. But now, these words have taken just about two plays of the album to write, and I’ve found myself intermittently staring out the window…just listening. It still sounds placed in space and slightly romantic, and unlike this shameless story-masquerading-as-review, never approaches quixotic orbit.

As the last track, Le voyage de Penelope, ends, I think about how this album continues to be a musical capsule of life-sustaining love, imagination, and dreams. There is not a second wasted or unjustified. It is perfect and right with each song essential to the whole.

This all said, when you play it, remember to push repeat. Moon Safari is timeless and necessary, and you’ve only got 42 minutes of air.

Have a listen to my 20th Anniversary celebration of AIR’s Moon Safari album along with some other French electronic(+) essentials HERE.

Listen to HOUSE OF YES w/Mr. Scott on FreeformPortland, Sundays 6-8am, PST