It’s a wet Friday night in Portland and I’m trying to find The Laurelthirst Pub. It’s dumping rain and I need new windshield wipers. Where is this place? Aha, there it is… the place that’s packed wall to wall with party people. Tonight local singer songwriter Brad Parsons is performing and there’s no way I’m going to miss this, his farewell show.

Brad has been a part of the Portland scene long before I got here. I first learned of him a couple of years ago when he performed with another local favorite, Sam Densmore. Sam had asked me to help promote the show and Brad sent me a song called “Montana” to play on the air. It’s a beautiful song with some cool references to Portland (“I’m walking down Alberta, rain begins to fall upon my head”). When I saw Brad live a whole new side of him emerged. This guy can sing a love song and he can rock the room.

I open the doors of The Laurelthirst to be blown away by the volume of voices filling the air. Brad is across the room playing a solo acoustic set, but I can hardly hear him, so I make my way through the crowd toward the stage. I catch the last few bars of a love song. Brad puts down his guitar and promises to return in a few minutes with a full band. 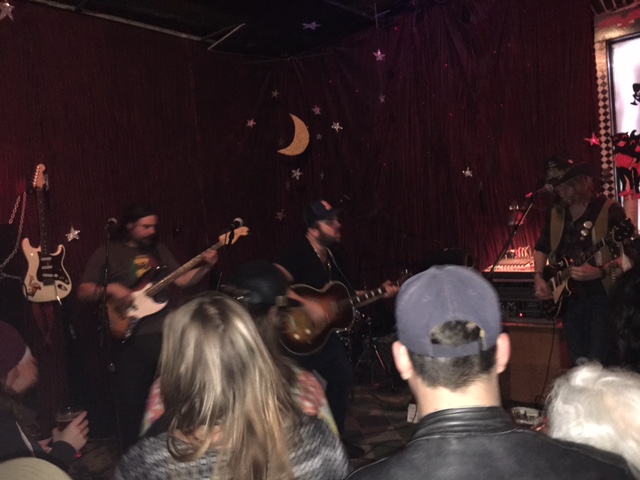 Once Brad’s entire band starts playing, the rest of the room takes notice. Brad always hires Portland’s best to help him bring his songs to life. He fills the room with solid blues, Americana soul and rock and roll. He performs some of my personal favorites off of his latest album, like “Hold True” and “Stay Close” a gritty, bluesy song with a catchy chorus that gets the room singing along. These songs all take on special meanings for the crowd tonight. It almost seems as if, instead of singing to a personal partner, he’s singing them to us, the people of Portland, the city he’s leaving behind. Along with his set of original tunes, Brad breaks out some cover tunes, including Willis Alan Ramsey’s “Northeast Texas Woman” and Nirvana’s “All Apologies”.

Brad plays a farewell number, the room erupts in cheers and applause. This has been an emotional evening of music. Brad steps to the side of the stage and takes a few moments to chat with me.

Scott: “Brad, you just played to a packed house at Laurelthirst. The response was amazing. What will you take away from this show tonight with you on your journey?”

Brad: “The show was great indeed. I really got the feeling from it that I was being sent from Portland with love and with a purpose. And that the community we have here is full of interesting, kind, and wonderful people.”

Scott: “You’re headed to Atlanta, Georgia. What favorite memories of Portland will you share with your new friends in the deep south?”

Brad: “Hmmm…I’m not sure. I’m sure those things will come up when a situation in the south reminds me of something that happened out west. At first however, I will probably just talk about the food”.

Scott: “I heard a few fans shouting ‘You’ll be back’ during the night. Will you?”

Brad: “As in moving back? Who knows. But of course I’ll be back to visit. I play Northwest String Summit this summer and I’m a traveling man by my nature and occupation!”. 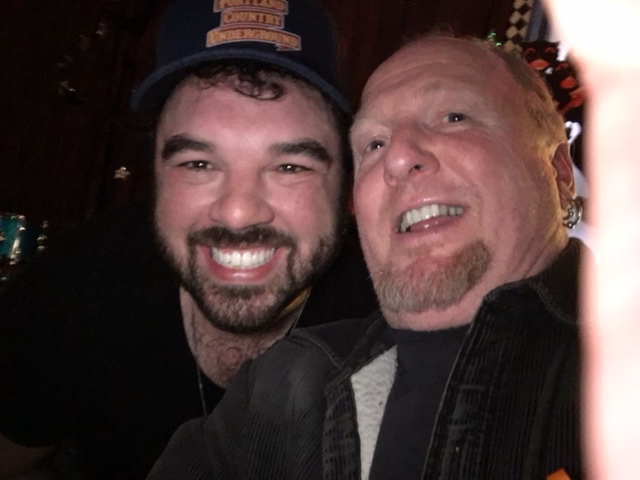 You’re sure to hear more from Brad in the future. As he said, he’s a traveling man by occupation. This guy has managed to make a living by taking his music on the road and I’m sure that road will bring him back to Portland in the near future. We’ll definitely miss having him as a neighbor and we’ll be glad to welcome him back as a visitor!

Scott “Uncle Scotty” Hammond has been a radio show host for over 20 years. He brought his internet radio station, Radio Hot Tub, to Portland and has been a strong supporter of the local music scene. He currently does live shows featuring local rock bands alternating Friday mornings on Freeform Portland.