EVP (Electronic Voice Phenomena) are sounds or voices that are transmitted through electronic sources. They can be recorded and heard during or after playback from recordings on analog or digital machines.

People who believe in the paranormal often postulate EVP are voices from deceased people, demons, aliens or beings from an unknown dimension who are trying to communicate with the living. These sounds or voices are often interpreted as radio or other media transmitted interference that have been recorded at lower frequencies, where hearing these sounds/voices in real time is often inaudible during the recording. EVP recordings often appeal to fans of experimental, electronic, or noise music genres, sometimes combining instrumental melodies and layers of white noise. EVP frequencies may also be strengthened by short wave radio or digital signals, where parapsychics are able to “tune in” to capturing and conversing with these phenomena.

The first spirit voice was recorded on tape by Reverend Drayton Thomas while working with Gladys Osborne, a famous medium who channeled Thomas’ deceased father during a seance in the 1940s. Psychologist Raymond Bayless and psychic Attila von Szalay researched the recording of EVP from hearing voices around them. Attempts were made to record these voices with a 78 RPM Pack Bell Record Player and Cutter but to no avail. Bayless and Sazalay eventually constructed an EVP recorder consisting of a microphone inside of a cabinet resting inside a speaking trumpet. A cord connected to the microphone led to a tape recorder outside of the cabinet, which was connected to a loudspeaker. They heard whispers from inside the cabinet upon connection and recorded the occurrence. Szalay continued to capture EVP recordings on reel to reel tape, and Bayless and Szalay published an EVP article in 1956, in the Journal of the American Society for Psychical Research (Poysden, 1999).

A notable EVP early researcher was a retired Swedish opera singer, bird watcher and film producer by the name of Friedrich Jurgenson. After recording bird calls in a field near his home, when he played the recording back, he noticed voices on the tape. He believed one of the voices was his dead mother calling his name, while other voices spoke in different languages, sometimes changing vernacular in the middle of a sentence. There were often grammatical errors or words uttered with elongated syllables, and some voices even seemed to respond to his questions while he was listening and talking back to the tape. He began transcribing his conversations and, after four years of research, authored a book published in 1963 in Stockholm, Roesterna Fraen Rymden (Voices From the Universe). Jurgenson hypothesized the tape recorder was acting as a CB (citizens’ band) radio in communicating with the dead (Poysden, 1999).

Jurgenson influenced Latvian psychologist Dr. Konstantin Raudive after he read Jurgenson’s book in 1964. He was so intrigued by Roesterna Fraen Rymden (Voices From the Universe) that he contacted him in 1965 to further research EVP. After numerous recordings, upon playback they detected faint voices in Latvian, French and German, one of the voices belonging to a French woman known to Raudive, Margarete Petrautzki, who had recently passed away from illness. Raudive transcribed the recorded voice, saying “Va dormir Margarete” (“Go to sleep Margerete”). Raudive spent a large part of his life studying and researching EVP. He came up with several techniques in channeling, recording, and contacting spirits using various electronic devices. He recorded over 70,000 audiotapes in his laboratory and collaborated with Hans Bender, a German parapsychologist, as well as 400 others who had heard the voices Raudive had recorded and communicated with in his 1971 book, Breakthrough. Raudive listed three methods in capturing EVP, including:

Raudive describes the characteristics of voices one may hear, including entities speaking in rapid mixtures of languages or in different rhythms that appear to be forced, some similar to short telegram messages or neologisms (Antiworld.se, 2008). He claims voices on the diode method were audibly stronger when more white noise was present. Many critics presumed EVP were samples of normal radio transmissions coming in from differing radio frequencies but critics could not explain why the voices were able to mutter Raudive’s name recurrently. Many spirit voices also had a sense of humor, appearing to become bored, tease, or converse about the weather. On the Vista label, Raudive released a 7” record with his expanded version of Breakthrough: an Amazing Experiment in Electronic Communication with the Dead, published in England by Colin Smythe Ltd. in 1971. It included spirit messages from Ortega Y Gasset and Russian poet Vladimir Mayakovsky.

In the U.S., Thomas Edison was a believer of EVP, and he discussed how to record spirit voices in 1928, later attempting to utilize modified television sets, tuning them to 740 megahertz to enable paranormal effects (Poysden, 1999). In Europe, EVP became popular in the 1960s and 1970s, where many amatuer parapsychics dabbled with homemade tape recorders. In the late 1970s, Americans Paul Jones, G.W Meek and Hans Heckman started a lab researching two way voice communication using more advanced equipment. George and Jeannette Meek met psychic William O’Neil, who was “electronically literate” and could hear and see ghosts. The Meeks funded and directed research into spirit communication while O’Neil operated electronic methodologies and used his psychic expertise. O’Neil was able to communicate with a deceased colleague, Dr. Jefferies Mueller, who was a professor and NASA scientist who materialized in O’Neil’s living room to announce he was going to help construct new electromagnetic equipment to convert spirit voices into audible voices. The device was named Spiricom, with a set of tone and frequency generators that relayed 13 male tones extending all ranges of the adult male voice (Afterlife, 2014)

The Meeks founded a non profit organization, Metascience Foundation, in the 1970s to interpret dimensions that separate the living and the deceased and the many levels of planes between, which they described as interpenetrating or interwoven worlds or spaces. The Metascience Foundation objectives were to  provide a scientific basis for knowing: 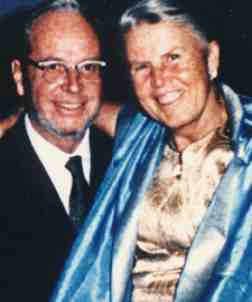 The Meeks believed these levels of understanding can be achieved through direct contact with “accumulated wisdom of the ages, currently available on the Mental and Causal Planes. It is our conviction that the most reliable access to this information can be perfecting a dependable two-way electromagnetic-etheric communication system” (itcvoices.org, 2016).

The Astral Planes According to George Meek

George Meek believed that mystic and spiritual worlds throughout the centuries had failed to explain the vastness of the universe, or parallel universes that have interpenetrated our physical universe. Meek found it odd that Spiritual folk always explained that the path to a higher god/deity lies within. He used electromagnetic fields and technologies to better understand the living plane from people who no longer needed their living bodies through EVP. “All the spiritual universes–and there are hundreds of them–they’re all sharing this physical space with our physical universe, like radio signals sharing this room” (Meek, 1991). To Meek, all universes are “broadcast” from a central source, naming deities like God, Allah, Buddha or Brahman. These universes are set up by deities and energy from deceased people, which are  finer energies than electricity, radio or light. These spirit energies cannot be accessed by living physical senses or modern scientific approaches, which is why he co-created the Spiricom with O’Neil (worlditc.org). 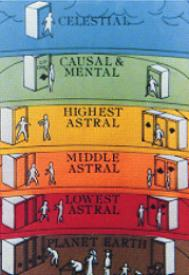 Among those attracted to these new theories of EVP was early electronic music pioneer and gay icon Joe Meek (no relation to George or Jeanette Meek), whose sonically strange recordings, the most famous being The Tornados’ “Telstar,” revolutionized experimental outsider pop in the 1960s. Meek mic’d toilets, played with pitch, and generally approached his work in the kitchen-sink fashion of BBC’s Radiophonic Workshop (one can only dream of a collaboration between Delia Derbyshire and Joe Meek). A firm believer in all things paranormal and occult, Meek conducted EVP recordings in his London studio because it was 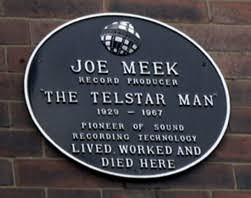 located on a busy street with lots of white noise. He also started recording in cemeteries, convinced that he was communicating with his idol, the late Buddy Holly. Meek’s 1961 song, “Tribute to Buddy Holly,” performed by Mike Berry and the Outlaws, may have been co-written with “Buddy” in Meek’s London studio. Like many of his productions, the structure of the song is strange, going on for an entire extra verse and additional minute after the bridge break and 2:00 mark, when most 45s would be fading out. This length gives it a trace-like quality. In the ultimate coincidence, Meek’s final psychic break, in which he notoriously murdered his landlady during a noise complaint before completing suicide, happened to occur on the day of Buddy Holly’s death, February 3rd.

The most infamous EVP recording, The Ghost Orchid: A Introduction to EVP, was released by PARC (Parapsychic Acoustic Research Cooperative) and Ash International, in 1999. Filed under “Electronic,” this was the first ever comprehensive investigation into EVP ever to be released. Listeners are guided through a collection of music, voices and sounds that were recorded on tape, with a 12-page booklet accompanied by articles with criticisms, explanations and hypotheses surrounding the phenomena. The CD has commentary from Swedish artist Leif Elggren, England’s leading EVP researcher Raymond Cass, and one of the field’s early pioneers, Dr. Konstantin Raudive. This recording solicits listeners into questioning EVP evidence to help us examine our own perceptions or preconceptions about human existence and spiritual belief systems. Perhaps EVP are the answers we seek to validate our own existential crises. Or perhaps we hear what we need or want to hear, constructing a “meaningful” white noise world from nothingness.

Poysden, Mark : This is EVP: A Look Behind “The Ghost Orchid” CD