Cliches exist because more often than not they are true. That plus the fact that we love to speak in metaphor, saying things such as “I know that place like the back of my hand,” which conveys that we have an intimate knowledge of a particular place, instead of just matter of factly saying, “I know that place well”.

In Rock N’ Roll circles one of the most common cliches is that your third album is the most difficult one. Speaking as a bystander I would think that such a thing would be true. After all, keeping with the theme of cliches here, “You have your whole life to write your first album.” So the first one is generally bursting with a lifetime’s experience and expression. A second album will often have been comprised of songs not used on the first album, and perhaps a few new ones. But by the third album, the well is dry, the box is empty, the screen is blank, the songwriter in the band may as well be Waiting for Godot, if Godot in this case were the gift of illumination and expression.

The grind of being in a Rock N’ Roll band must be incredibly nerve wracking. Most young bands are almost always on tour, re-locating themselves nightly from place to place, each venue virtually the same as the night before, identical hotel rooms and as like as not clubs or event halls, with stages and light arrays, sound technicians all with the same odd playlists blaring over the PA system, examples of “Good Music,” not music that is good.

With this sort of lifestyle, it is no surprise to find that third albums can be the most challenging to write and record. In addition to the lifestyle, one would think that by the third album, the record label footing the bill would be turning the screws as well, looking to recoup some of their investment in the band. By the third record, the record label would definitely be looking for a commercial and broad appealing radio hit. Something that would increase the band’s fanbase and public profile.

Here are a few examples of difficult third albums, some of which changed the bands that recorded them, for better or worse. 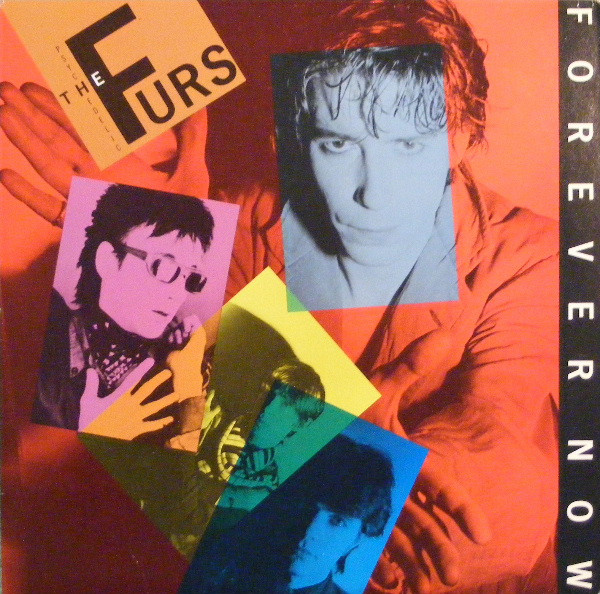 On their first two records, the band had a certain density of sound, twin guitars, thumping bass, saxophone interjections over a steady drumbeat, with Richard Butler decrying over the beautiful chaos in a voice that combined the best punk snarl with a David Bowie influence,

But, by the time it came to record the third album the band had splintered, with only John Aston left to play guitar. The band opted to record their third record in America with Todd Rundgren, and by all reports it was a troubled marriage of ideas. But the results speak for themselves. The songs on this record have density replaced with sonic space, psychedelic overtones, heady strings and an underlying positivity in the lyrics that had been perhaps absent or less obvious on previous albums. The first single from the record, “Love my way” became and MTV staple and the band’s biggest hit thus far.

With their first two albums behind them, expectations were high for these sons of Liverpool to deliver an album that would please fans and their label alike. Sadly, initial sessions for the third album were not to the label’s nor their manager’s taste, and the band was sent back to the drawing board to figure out how to write a proper song. The early examples of songs that later would be on the proper release entitled “Porcupine” were supposedly dense and all in the key of “D”. Undoubtedly making the songs indistinguishable from one to the other. The band seemingly took their manager’s advice, reconvened and worked at verse, chorus, verse. Around this time, the band used radio sessions for the famed John Peel show to virtual demos of new songs on which they were working, giving avid listeners a taste, a tease,  of what to expect when their third record was released.

“Porcupine” upon its release become the band’s biggest selling record to date, which included the singles “The Cutter” and “The Back Of Love”. 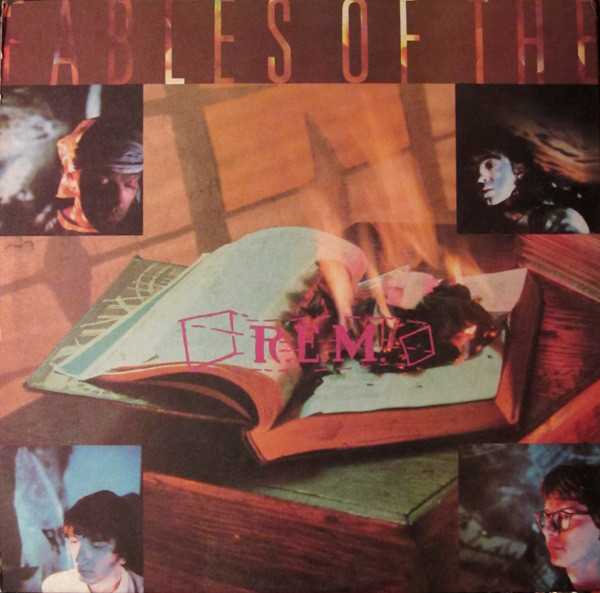 R.E.M. “Fables Of The Reconstruction”

By 1985, critics and fans had placed R.E.M. as the spearhead of a movement of American bands, grouped together under the heading of “College rock,” so-called because the bands were receiving a predominant amount of airplay on radio stations located on college campuses. The bands in this make-believe grouping had little or nothing in common outside of the fact they were receiving such airplay and they all were happening at the same time.

For their third album. R.E.M. choose to worked with famed English producer, Joe Boyd. This meant relocating for a time from their home base in Athens, Georgia to London for the duration of the recording. A rainy cold and miserable London. One imagines the weather added a moodiness to the recording of the third album. A Record not quite as inviting as their prior two records. This record was a little bit less shiny, less jangly, and had a diversity of musical stylings. The opening track, “Feeling Gravity’s Pull” being steeped a dirge, with almost a dark psychedelic ending drawn across a chorus of strings. The lead off single “Can’t get there from here” uncharacteristically had an R ‘N’ B vibe, and was simply a fun song for fun’s sake. The lyrics on this album were seemingly drawn from tales of real life in and around their hometown, no doubt embellished for effect.

This was a transitional album for the band. The last album on which they might sound like the R.E.M of old.

1992, fourteen years after having broken up and going their separate ways, the original members of the band, Television, regrouped to record their third album for Capitol Records. During the years apart, the band’s guitarists, Tom Verlaine and Richard Lloyd had been active and had both released a series of solo records, to limited commercial success but critical acclaim.

Upon hearing that the famed band that set the stage for CBGB’s had reformed, ears were pricked up worldwide to hear the two guitars twist and churn against one another. Despite the years apart, the sound that defined the band was clearly evident in songs like “Call Mr. Lee” and “Mars.” While on songs such as “1880 or so” & “Rhyme” the band expanded their sonic palette with underlying twang and muscular notes being pitted against flitting volume knob stabs of expression. A friend of mine described the album as having every great guitar tone. Despite being dismissed by Richard lloyd as “Televison-lite,” the album is a fine listen, and as one would expect the collected songs as recorded were mere stepping stones, or fireflies in a jar, to how the songs would expand and explode in live situations.

It is hard to think of a more difficult third album by a rock band then the third album by Big Star. The band had been whittled down by time to be only two members at the time. Alex Chilton & Jody Stephens. Perhaps brought on by the mis-steps by the band and their label regarding the previous two records, and the utter lack of any commercial success. It must have been tough to stick around and be a member of the band, Big Star.

For all intents and purposes, the third record plays out like an Alex Chilton solo record. The compiled songs for the album display a raw nerve of emotion, and could easily be described as a nagging toothache of an album. Sessions for the album were reported Halted by producer John Fry and the songs were mixed in 1975. However, the tapes remained in the can and were not released until being acquired by PVC Records in 1978.

Two songs from the album, “Kanga Roo” and “Holocaust” would be covered by the band This Mortal Coil on their album, “It’ll end in tears” released by 4AD records, and for many people it would be the first time they ever heard these haunting and beautiful songs.

Despite the troubled birth the album experienced, it remains one of the most beautiful and honest records to have been set to tape.