Radio Hot Tub features over 250 local bands out of Portland, Oregon. I’ve built this show out of a love for our thriving local music scene, mostly bands I’ve discovered during live performances. On Friday, July 13th I put together a bill featuring three of my favorites. It all happened at The Fixin To in St John’s.

Opening the show was a fresh new band out of Portland called Streetcar Conductors. The band is the brainchild of drummer/singer Jonathon Moore. Many of you may know him as the keyboardist for Portland legend King Black Acid, but in this band, Jonathan has taken over the songwriting role.

At first listeners might find a certain unease, an unfamiliar feeling. That feeling, my friend, is joy. In a world filled with chaos and despair, Jonathan has written a batch of songs that bring up a sense of wonder, happiness and positivity. He is joined on stage by singer/keyboardist Carmen Charters, who has a blissful smile on her face throughout the entire performance. Bassist Matthew Dinaro (of The Toads) along with guitarists Jimmy Ling and Michael Hollifield all hold their own, delivering catchy hooks and solid technical skills.

They open the show with their tune “You Are The Brightest Star,” a simple tune reminiscent of sixties pop bands. They always win over the crowd with “Pictures of Ourselves”, a song dedicated to our obsession with selfies, and they wrap up the set with their quirky song “The Absurdity of Life,” which includes a break in which the band throws confetti at the audience. The band is a breath of fresh air in our music scene. They don’t imitate anybody else, and yet their style is complimentary to a variety of different bands. Keep your ears open for this band, they’ll be back on stage with King Black Acid at the Holocene on Thursday, August 16th!

Up next was a band I’ve followed for years, Dad Works Hard. If you haven’t experienced this band live, you’re missing out on one of Portland’s hottest party bands. A mix of funk, boogie woogie and disco, this band delivers one of the most high energy foot stomping shows you’ll see in our city. Guitarist/ singer Daniel T. Barkness growls and barks out lyrics fast and furious. Bassist Sebastian De La Vega is loaded with personality and a talent for hitting high notes that would make the Bee Gees blush, and drummer Tyler Jensen delivers solid beats throughout. With songs like “Mr. Saturday Night,” “Party King” and “Can’t Get High,” these straight forward songs easily stick in your mind and make your body move. 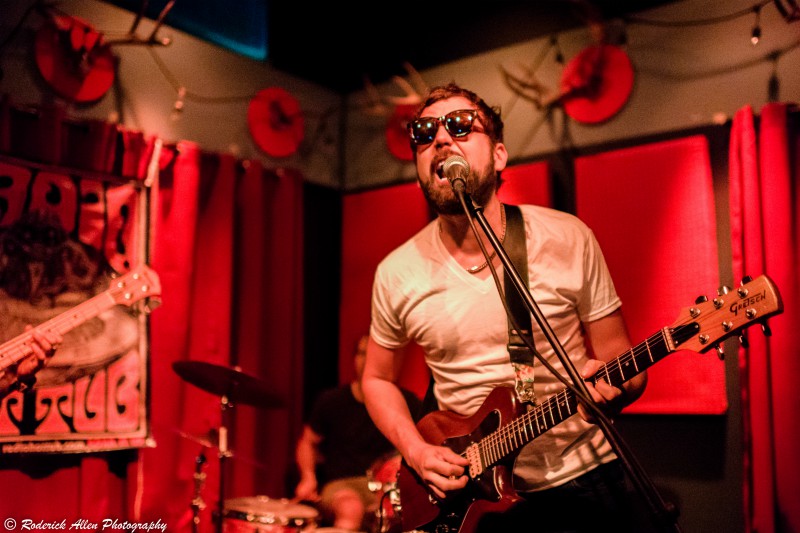 If you’ve never seen them before, I encourage you to watch this. If you’re at all offended by anything you see or hear from this act, you’re probably lacking a sense of humor, and should seek professional help. Life is serious enough. Take a break and cut loose with Dad Works Hard. It does a body good! 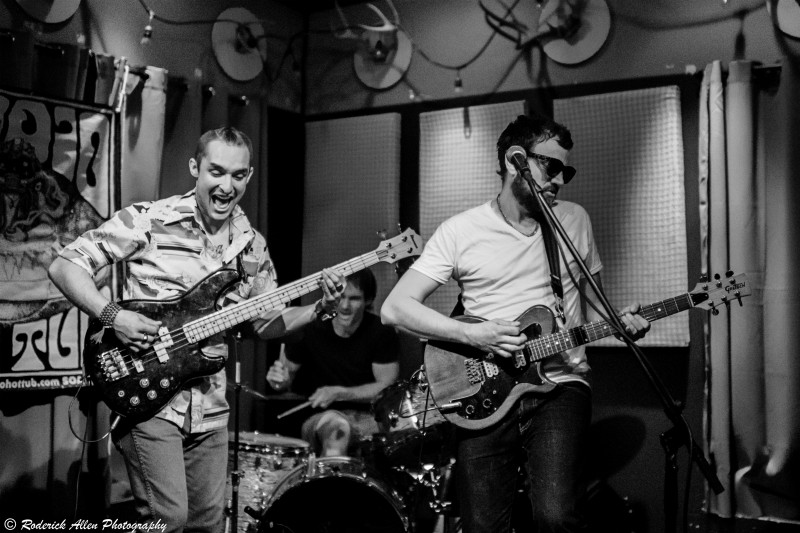 Wrapping up the night was a band that I rank in the Top 10 bands out of Portland. Foxy Lemon delivers everything I desire in a live act… catchy songs, loads of attitude, top notch musicians and last but not least, a real frontman. Backed by a phenomenal rhythm section (Lachlan Hall on Bass and the amazing Eddie Steele on drums) and a pair of incredibly tight guitar players (Scott Keeley and Kevin Keeley), singer Keishi Ihara brings a special performance every night. He gyrates and strides confidently across the stage (as he calls it “purging Satan”), bringing about a vibe that takes you back to some of the classic singers like Robert Plant, Steven Tyler and David Coverdale. His delivery is soulful and his style is unmatchable. Portland has many great bands, but very few have a singer who can hold the crowd like Keishi. On stage he is a powerhouse. Off stage, he’s warm friendly and very humble. This vibe is apparent in every member of Foxy Lemon. These are a bunch of down to earth guys who just happen to be extremely talented. They’d have no trouble holding their own on an arena stage, so I always feel blessed to be able to see them in a small club. Catch these guys before the closest seat to the stage is out of your price range! 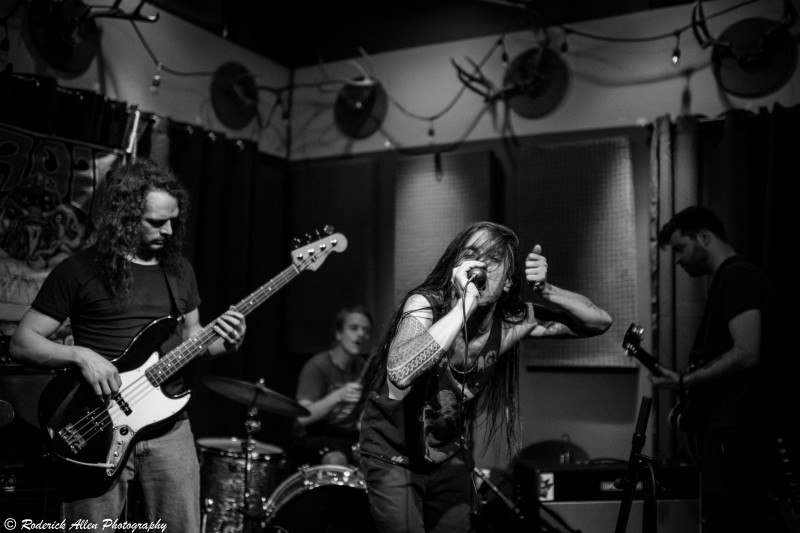 Radio Hot Tub’s goal has always been to bring these local bands’ songs to the audience who may never have heard them before, and also to bring the local music community closer together. Bands that met that night had never seen each other perform before, and now are making plans on doing more live shows together in the future. What can you do to help our local music scene grow and prosper? Simple! Get out to a live show in one of the many venues around town. Not sure what bands to go see? Check out Radio Hot Tub and listen to the music. You’re sure to find a band that’ll grab your ear. Find out where they’re performing and go see them. We are so lucky to live here! Take advantage.. and thanks in advance from Radio Hot Tub and all of the bands that make us sound so great!

Scott “Uncle Scotty” Hammond has been a radio show host for over 20 years. He brought his internet radio station, Radio Hot Tub, to Portland and has been a strong supporter of the local music scene. He currently does live shows featuring local rock bands alternating Friday mornings on Freeform Portland.