Shamefully, I must admit I have never seen The Secret Light live before. There are so many shows and bands in this city of ours, it’s almost impossible to keep up with them. I have heard their music and checked out some of their live footage on Youtube. That’s something, right? But on a totally positive note, The Secret Light will finally shine down on me from the stage of Portland’s Paris Theater at 2018’s PIGFEST.

The Secret Light is a tasty blend of some darker melodic genres. Viktor Nova provides sultry  vocals backed by danceable rhythms and synth magic. Michelle Pecchia adds support to the infuses beats with her bass, and Kiisu D’Salyss adds more melody with his guitar. The outcome? Fantastic music.

Now let’s get to the interview!

Q: What came first, the band name or the band? Can you guys share with us, how this band came about?

The band. We’ve all played together in different bands, Viktor and kiisu in Pink Noise, Viktor and Michelle in theXplodingboys, and Michelle and kiisu in The Oblik. We all actually played together in a merging of Pink Noise and theXplodingboys while performing a cover once. Pink Noise and The Oblik broke up around the same time, and the 3 of us began jamming together. That’s how the band was formed.

The name “The Secret Light” had all the elements we required; mystery, ambiguous occult themes, general nerdiness…also the .com domain was available and we found no other existing bands using the name.

Q: Why this genre? What is that draws you towards playing in the darker genres? And would you want to play anything different at all?

There is no genre we are trying to emulate. We make the music we want to hear and the music we create happens organically. It’s a culmination of all the previous bands we’ve enjoyed and been influenced by. We’d argue that we’re just as much pop as we are dark. That aside, darker genres have more depth of subject matter and style that appeals to us.

As far as other aspirations, kiisu woud like to be involved in something more industrial with elements of black metal but that will have to wait until he finds the time machine mentioned in a question towards the end of this interview. Viktor is finding his calling as a synthwave DJ and is exploring composing soundtracks. Michelle would like to move to Sweden and become the new bassist for Agent Side Grinder. *LOL*

Q: What is more important to you as a band, the message or the music? Why do you feel that way?

I’m not convinced those are separate items. The message and music are so intertwined they are essentially the same thing. We are who we are becoming and we are trying to become better in everything we do. The world is dark and brutal and our message is of alternate universes and timelines where life can peacefully exist and where broken robots can find love and happiness… 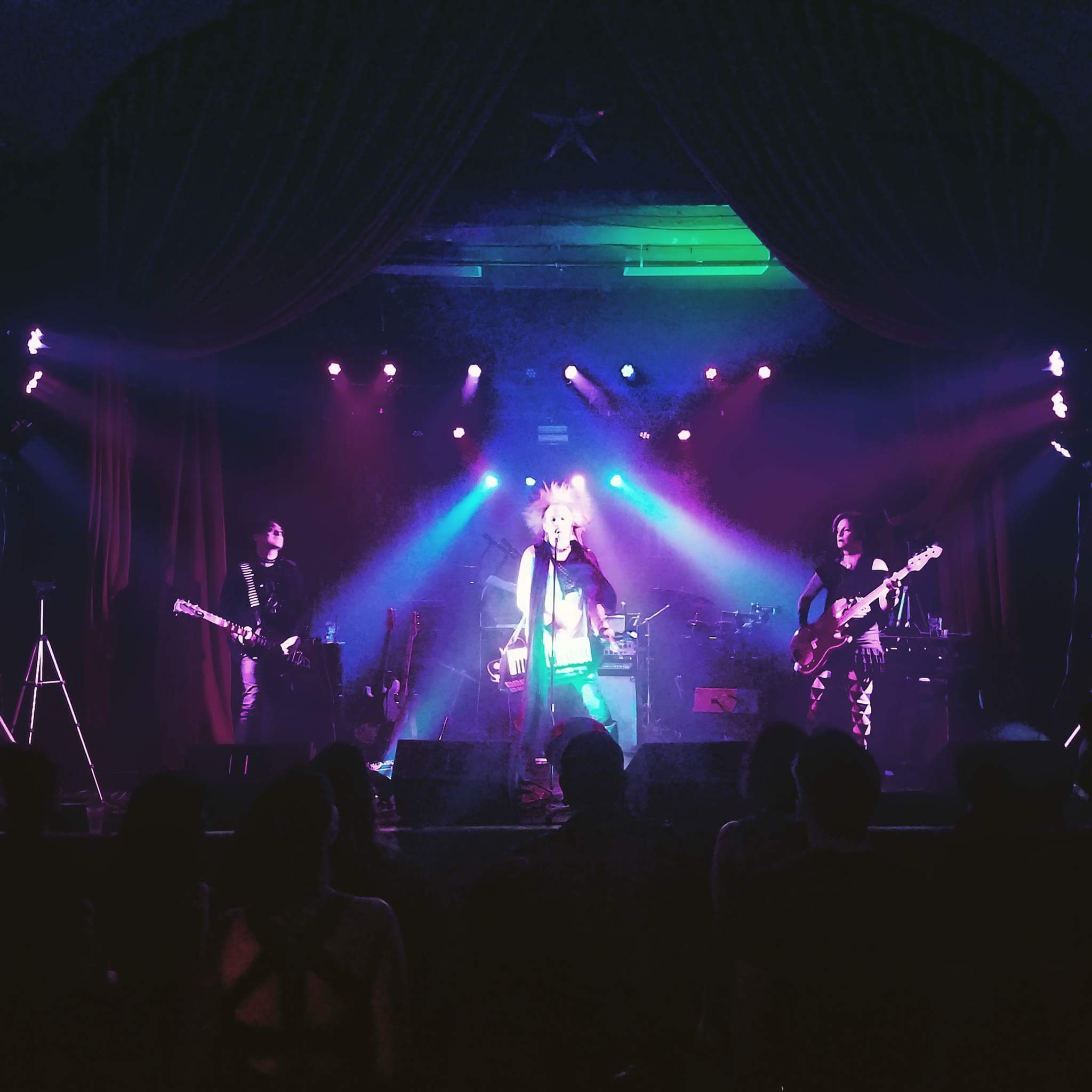 Q: What is the biggest goal for The Secret Light? What do you do to achieve that goal?

Ultimately we’re into being able to quit our day jobs and do music full time but that’s the generic dream of most bands isn’t it? As far as pragmatic realistic goals we’d like to get on a label where we can have a mutually beneficial relationship that will expose us to a larger audience. We would like to continue making music that we, and hopefully many others enjoy. We do this because we love creating and performing.

Q: I like to throw in some fun fantasy questions, so here is one. You go to the Oregon coast and find a hidden time machine! You can go anywhere you want the past or the future. Where would you go and why? What would you do once you are there?

Ultimately we would have to travel to the future as we still have hope that humanity, or perhaps highly evolved cephalopods will have gotten their act together enough for a peaceful space traveling society. We’re all science fiction fans and hope to one day see a future of space travel beyond the solar system. Before that however, we’d have to travel to the past to hide our time machine/DeLorean better, and to play a series of long playing pranks involving eyes and triangles.

Q: One last question. What can we expect from The Secret Light in the near future? Any projects in sight? Tours? Changing the world? 😉

We have a single coming out in October that we are currently wrapping up. We are also writing and polishing the last couple songs for the second album, which we will be recording immediately after finishing the single. When the single is released, we’re looking into booking a two week Western U.S. tour, and then a larger one following that. We’re hoping to get a European tour together within a year. After that we will continue on to explore the multiverse and change many worlds.

Thank you so much for taking your time and doing this interview with me! I cannot wait to see you guys at the PIGFEST!