Pickathon celebrated its 20th anniversary last weekend as I was taking in my first Pickathon experience. The festival has a knack for bringing an eclectic mix of international talent as well as featuring local musicians. Here’s a list of some of my favorite sets from the festival. Needless to say, this will not be my last year attending.

Per the aggressively friendly suggestion of an attendee, I caught Kikagaku Moyo’s Friday evening set at the Starlight Stage. The five piece band appeared as if they just arrived on VW camper straight from the 1970’s, decked out in retro clothing and flowing long hair. It served as a good primer for the psychedelic-rock voyage they launched us on. Thick guitar riffs and hypnotic vocals left the audience begging for more, so much so that their second set at the Galaxy Barn had the stage at capacity with long queues attempting to get in.

By the time Bee Bee Sea’s 1:20am set started on Friday at the Galaxy Barn I was wiped, fighting back the urge to get some shut eye. That all changed once Bee Bee Sea kicked into gear. The Italian band’s high energy, fuzzed-out garage concoction served me better than any cup of coffee has. The barn became a chaotic moshfest with people bouncing off the walls and wrecking havoc. I witnessed one of the video crew members get decked by a rogue mosher. There is no question that Bee Bee Sea can throw a rager.

Biggest surprise from the festival was Daniel Norgren who I only caught on a whim. The swedish folk-rock artist left me awe with his ability to craft landscapes with his music. Songs like “Moonshine Got Me” started off with ambience, before building to a vocal punch to the soul delivered by Daniel. This was Daniel Norgren’s second time playing a Pickathon and the large crowd at the Woods Stage demonstrated that they were overjoyed to have him back.

The power pop canadian collective had a stellar set to close out Saturday evening. Touring on their highly acclaimed album “Hug of Thunder’ from 2017, Broken Social Scene brought a mix of new jams and old favorites. Kevin Drew could not get over playing in the woods and remarked about the incredible trees at Woods Stage numerous times. The set was capped off with the classic “Anthems for Seventeen Year-Old Girls” with a harmonizing duet between Leslie Fest and Tamara Lindeman of The Weather Station.

Coming off a five year hiatus Phosphorescent demonstrated a little rust getting back into the groove. Matthew Houck spent a few awkward moments checking his phone for the evening’s set. That being said, once the music kicked in all was forgiven. “Song of Zula” was beautifully delivered and  “New Birth in New England” had an uplifting beat that had me shaking my rump. Hopefully they recorded audio from the single, because the live rendition was vastly superior to the over polished studio recording. 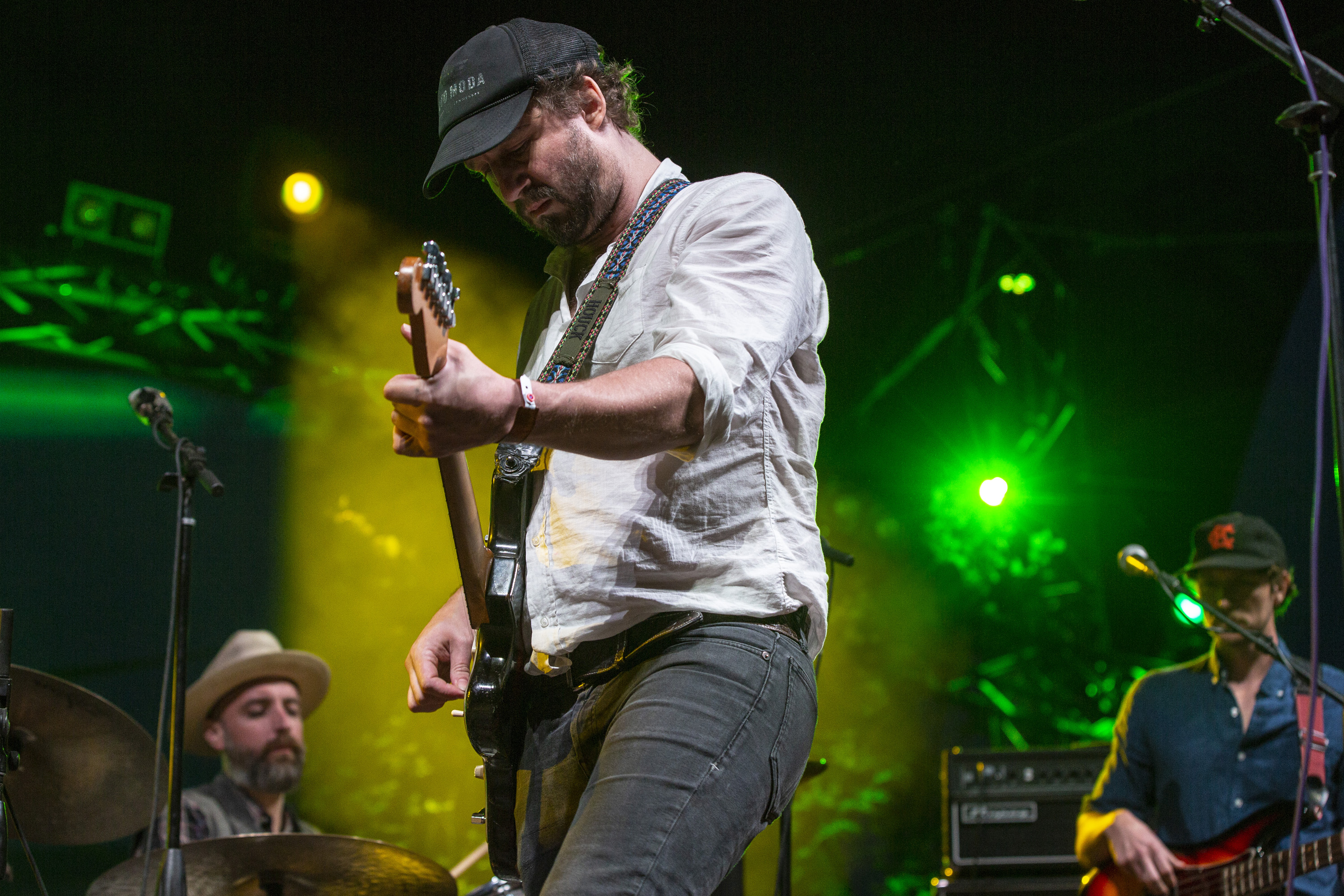