It’s kind of heartbreaking to get a love letter returned to you. Even worse if it’s been set on fire and placed under the windshield wiper of your car. I received such a present once. I was nineteen and living in a trailer park in Kennewick, Washington. My friend Chuck and I lived in a small mobile home that his dad owned. I had a room in back that barely fit a bed. A tiny bathroom with a shower stall was right next to my door. I think my rent was $100 a month, $150 tops.

One late February morning, I went outside to try to start my frozen Chevette and found the charred remains of a Valentine that I’d given to Andrea, my on-again off-again flame that lived a half-hour south in Hermiston, Oregon. Apparently, she wasn’t happy about me spending time with Elvia, one of the prettiest girls in our little Podunk region. They even worked together at a burger and shake joint called Arctic Circle. I had picked up Elvia there a few days before, not knowing that Andrea was also on duty. I always liked the chipper, retro style of their paper hats and light blue polyester uniforms. But on this particular day, Elvia was panicked and sweaty and Andrea looked pissed! 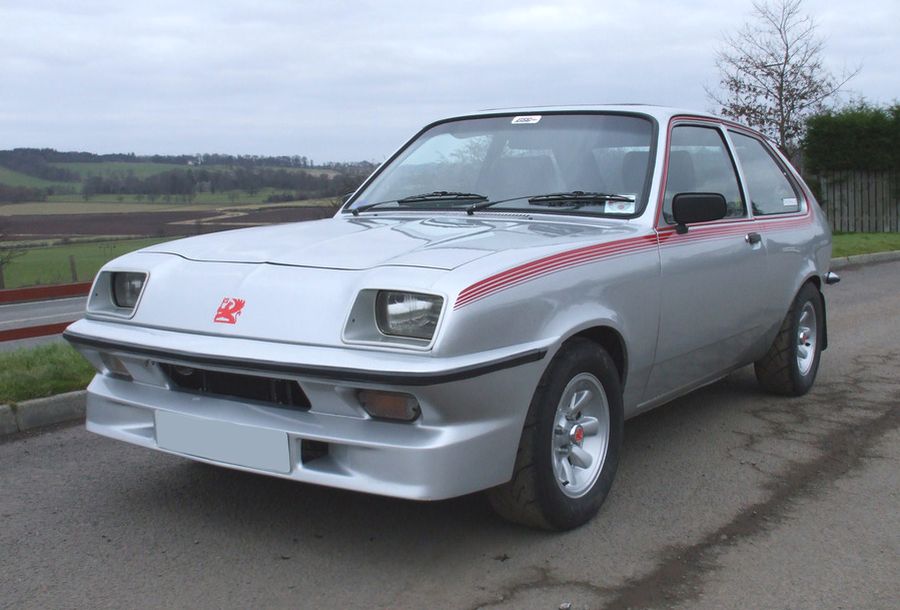 It was a complicated love triangle that wasn’t really a triangle. There were other people around—a couple dozen small town new wave/punk rock outcasts wearing stretch pants and safety pinned jackets, thumbing through the UK imports at the record store, drinking coffee (loads of cream and sugar) at the Shari’s restaurant and planning road trips across the state to Seattle (AKA: the city with actual dance clubs). People in my hometown dated, broke up, swapped partners, had one night stands, moved away, came back, and sometimes dumped their lovers to hook up with their younger siblings. So any love triangle in this scene was more like a hexagon.

I wanted to be with Elvia, as much as any nineteen-year-old wants to be with anyone, but regardless of what I wanted, Elvia would soon leave my life too, disappearing for two months, and then eventually landing in Yakima, Washington with a new boyfriend I knew nothing about.

And Andrea went away to college. So I tried to meet new people. I was too spastic and eager to love. My expectations broke my heart more than anything else.

I spent a lot of time in my cramped mobile home bedroom, consoling myself with music that year. Or maybe I was torturing myself with it. The thing is: I wanted to feel bad. I wanted to cry. I wanted to feel like my emotional reservoir was deeper than the Columbia River. There was some great sad music coming out around 1987 and I wallowed in it. Two cassettes in particular were like my best friends, my metaphorical shoulders to cry on, my crutches, my therapy, my nurses.

They were: Welcome Home by ‘Til Tuesday and Idlewild by Everything But the Girl. In hindsight, I’m not sure if either of these albums was considered successful releases, but I sure loved them.

‘Til Tuesday was enjoying some buzz from their first album, a moody batch of sorta new wave songs highlighted by the big hit/title track, Voices Carry. But their 2nd release was a daring departure, with some of the songs having a sad country kind of vibe. The song that really got me was track two, Coming Up Close.

I’ve always thought that lead singer Aimee Mann’s voice had a lot of depth, a ringing sadness that sometimes turned into a yearning moan. When she sang the lines, “There was a farmhouse that had long been deserted/We stopped and carved our hearts into the wooden surface” it brought to life one of my favorite sappy images of romance ever. I didn’t care that the song was set in Iowa or that they were listening to “a Dylan tape.” In my mind, Elvia and I were somewhere between Kennewick and Hermiston, maybe by the old schoolyard with the blanket taken out of the trunk of my car, listening to Aimee Mann sing to us. But the song soon gets sadder and sadder as it unfolds. When she sings, “Don’t you know that I can make a dream that’s barely half-awake come true?” it’s the kind of my-love-will-never-die statement that made my heart flutter and my eyes get wet. There are so many other killer lines throughout Welcome Home. In the song “On Sunday” Mann promises one of the sweetest gifts to her lovelorn listeners when she sings, “Why spend your sadness now?/Save it up for me/on Sunday/and why is lonely all you have?/when love is what you’ll find/on Sunday.”

Welcome Home fluctuates between comforting sweetness and terrible heartbreak. In “Have Mercy,” Mann kicks off the song stripped down and blunt. “He made me feel so second best/I never should have let him do it…” By the end of the song though, she’s become strong and sings, “Have mercy on him/the love that I had saved for him is gone.”

The album’s finale, “No One Is Watching You Now,” is sort of a sad kiss-off. Mann seems defiant the way she sings the last lines, “I know that sadness bleeds through/and my sadness for me/is now sadness for you/cause no one is watching you now/I know no one is watching you now/like I did.” And she holds out that last word, that last note, for emphasis.

Everything But the Girl, before they actually became popular for a while with their more club-friendly songs, weren’t very well-known in the United States. Maybe a little too British, a little too Morrissey-ish, a little too, I don’t know, soft?

The languid beauty, “Shadow On a Harvest Moon,” is the kind of song that will crush your heart at any age.

When Tracey Thorn coos about a mutual lingering love that “stays alight and won’t be buried” and gets “brighter year by year” the yearning is palpable. Then she gets to the last line and sings, “I write these words to make them true/I’ve drowned my torch and so should you” she sings it three times, as if she really needs to convince herself.

Even though I listened to these songs over and over in the late 80s it had been a while since I heard them until I found a CD of Idlewild a couple of years ago. I thought it might sound dated now, especially with some of the music’s more jazz-like influences on several tracks, but when I played it for my partner to get her take, she understood my affinity for the songs and especially Thorn’s amazing vocals. “She makes every song sound beautiful,” she said.

Beautiful is definitely one way to describe her voice and these songs. Evocative is another one. There are several moments on Idlewild where Thorn and/or her partner Ben Watt sing specifically about British things I wouldn’t have a clue about and yet these descriptions would still make me cry like a baby. In the song, “Oxford Street,” Thorn paints a sweet portrait of childhood with the lyrics, “When I was ten I thought my brother was God/he’d lie in bed and turn out the light with a fishing rod/I learned the names of all his football team/and I still remembered them when I was nineteen.” In “Lonesome For a Place I Know” she sings about being in sunny and warm Italy but feeling the need to return to England.

There’s also a strong sense of loyalty and sweet wisdom that just oozes from these songs. It sometimes feels fierce, like when Thorn sings “It always will be/you and me against the world” in “I Always Was Your Girl.”

And sometimes it feels maternal, like in their memorable single, Apron Strings” (“When you cry I will be there/I’ll sing to you and comb your hair/all your troubles I will share.”) or the tender and wonderful song, These Early Days (“You’re only two and the whole wide world revolves around you/and nothing’s happened yet that you might ever wish to forget/It doesn’t stay that way/If I could I’d make it stay that way.”)

Kevin Sampsell is a former DJ, and currently a bookstore employee in Portland. He is the author of several books including the memoir, A Common Pornography (Harper Perennial). This essay was originally published by The Faster Times (now defunct)

We aim to foster independent, local, experimental, and underground music alongside arts and public affairs programming that authentically reflects our communities.