As I look back into the railroad tunnel of my past, I can not recall ever not loving music. But logic suggests that this must not be true, or at the least of it, music must have been difficult to come by, considering the manner in which I was raised.

The music of my youth came from the radio. And the only radio I can recall would have been in the car that my parents drove. They probably had several cars, and I have no memory about their details, their wheels, interiors, or headlights. Transitions were the only constant. As a family we had several homes. We were always renting, and during my elementary school years, we seemed to move every year. I changed schools at least 4 times between kindergarten and fifth grade. Nothing was ever the same.

Would the radio have been a source of my some grounding then? Music might have been something I could claim as my own. Neither of my parents were too concerned or seemed to ever notice songs as they were broadcast from the tinny dashboard speaker of their AM radio. Neither of them reached out to the volume knob to turn it up, should a favorite song come on. I don’t believe either of them ever had a favorite song.

Although later in life would find this to be untrue. My Dad once told me that he liked Creedence Clearwater Revival, and that he had seen Ike & Tina Turner perform. The details behind these admissions do not exist for me. Our lost conversations leave me with a vague voice in my head, his few words reciting over and over.

I do however recall a brief moment in which my Dad remarked to my Mom that I knew all the words to songs on the radio. I must have been in the backseat, mumbling and singing along. I wasn’t impressed by my Dad’s realization, as song lyrics tended to rhyme, and it was often easy to figure out the next line.

Life moves forward in a way that does not often lend itself to perfectly encapsulated polaroid moments. Memory is a function of associations. The five senses working in tandem. And with myself, music is a doorbell by which those gates open.

My first memories of records around the house are after my parents divorced. My family consisted of my Mom and Brother, a friend of my Mom’s from work, and her daughter. There was always change. Rooms changed. Houses changed. My route to walk home from the school bus changed. But the few records in our living room seemed to be the same. There was a copy of Pink Floyd’s “Dark Side Of The Moon,” a live album by Black Oak Arkansas, The Greatest Hits album by Simon & Garfunkel, and “Of Cabbages & Kings” by Chad & Jeremy. These records had been garnered from Record Club mail order offerings. They were the records I would play often and with which I became quite familiar. 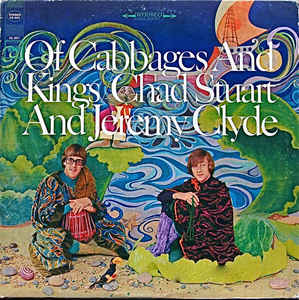 The constant change in my life may have made me socially awkward. I spent a lot of my time alone. Listening to music. Drawing pictures. Making my own comic books. I barely remember playing outside.

As a teenager, I became aware of Rolling Stone magazine. By going through its pages, I discovered new music, and in that discovery, found a better version of myself. I began to seek out music, rather than settle for songs as they spilled out of the radio.

I dug into Devo & The Doors. I perused record stores. I learned about musicians, bands, producers, and people who master records. I made choices on future purchases based on what I had read in reviews or interviews with bands, and also what I had gleaned from records that I owned.

A daisy chain then: U2 to Tom Verlaine, Television to R.E.M., The Velvet Underground to Patti Smith, Echo & The Bunnymen to The Sound, and so on.

Nothing made me happier than breaking the plastic wrap on a new record with my fingernail, hearing the cover creak as I pulled out the record, placing the needle down to hear that first rush of new sound. The energy in such an act was palpable. I was addicted and remained so for many years.

Music was the subject of or the underlying subject of every conversation I had. I made jokes, puns, and connections to lines of conversation based on recalled bits of song lyrics. I learned about politics, geography, religion, and all subjects in general from song lyrics. Music provided a wealth of knowledge that was rarely discussed or reviewed.

In the context of certain situations then, I would have appeared perfectly normal, an adult male, amongst other adult males and females, interacting and acting friendly. But outside of my peer group, I felt nothing but socially awkward, and rather than stepping forward into the situation, I would retreat to silence. More often than not, at a party for instance, moving to a room that contained the comfort of books or records.

The addiction remains, with softer edges now. As I mentioned in a prior blog piece, my music collection is digital now. I no longer have a room overflowing with records and cd’s. Instead I have a virtual ever-expanding space from which I draw certain designated songs and albums to be included on my iPod. A device that never leaves my side, to which I am plugged into close to ten hours a day, five days a week.

I often walk under starlit skies with a song in my ears. And when I am sure I am alone and unobserved, I raise my arms up as the music reaches a crescendo, the physical result of a churning joy in my heart and body. It’s this embrace of music that I love most of all.