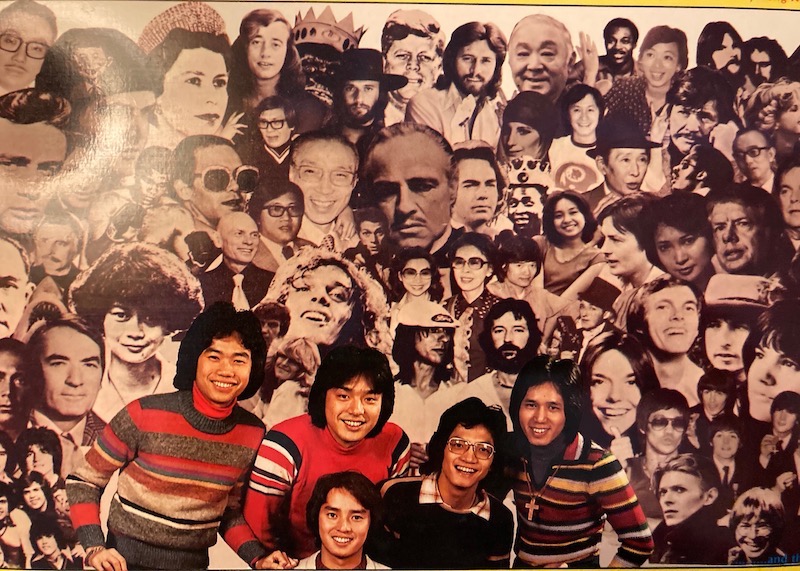 February 12, 2021 marks a new Asian Lunar calendar year for the Year of the Ox. The corresponding element for 2021 is Metal and many fortune tellers predict this year will be lucky for financial opportunities and relationships.

The Ox represents a year of hard work and overcoming challenges where financial prosperity will be rewarded to individuals who have the capacity, resources and health to face their challenges. Yin energy is relative to Oxen where 2021 will be an antagonistic year, beginning with the full weight of the coronavirus pandemic and ongoing economic crises that is causing pestilence and strife for us all.

To lessen the burden or Tai Sui in the Year of the Metal Ox, believers in the Chinese zodiac can wear yellow and green plus metal accessories, which, according to Feng Shui theory, attract prosperity and luck.

No further catastrophic events are predicted for 2021, and there is a favorable forecast for economic recovery and attaining a global health equilibrium, if discipline and work focusing on problems are tackled in an organized effort.

“In the middle of chaos lies opportunity.” – Bruce Lee

Gung Hay Fat Choy (Happy New Year) from Weekend Family Music Hour! We wish you all safety, health, luck and love in The Year of the Metal Ox. Please enjoy 5 of our favorite Asian music artists to start off the New Asian Lunar Year.

Sanullim or Sanulrim was a Korean psychedelic, fuzz/folk, experimental and prog rock band formed in 1977 by brothers Kim Chang Wan (1954-), Kim Chang-hoon (1956-) and Kim Chang-ik (1958-2008). The brothers started Sanullim while they were attending university and they never envisioned they would attain the musical commercial success that they did.

Their first album Vol. 1 Already Now (1977) burst onto the Korean music scene, stewarding a new sound of psychedelic hard rock and folk fuzz produced by the brothers. Sanullim’s debut re-energized the Korean music scene which was publicly sullied at the time, following several rock musicians arrests for cannabis-related offenses in the 1970s.

Sanullim released over 10 albums between 1977-1984 and were also session players for other musicians. With the resurgence of the K-pop boom in the 1990s, all of their albums were reissued, along with a tribute album commemorating the band. They performed in Seoul on July 5th and 6th, 2007 for their 30th anniversary tribute and had plans to release their Vol. 14 album that year. But due to unfortunate circumstances, drummer Kim Chang-ik was killed in a traffic accident on Jan 29, 2008 while driving a forklift in heavy snow in Vancouver, Canada. Kim Chang-wan announced the disbandment of Sanullim after his brother’s death (wiki).

Teng Li-Chun aka Teresa Teng (1953-1995) was a Taiwanese singer, musician and actor who was also known as the “Queen of Mandopop.” She began after dropping out of high school to pursue a career as a singer and was signed in 1968 at the age of fifteen. Teng’s vocal abilities to synthesize pop, jazz and traditional folk pushed her to the forefront as an entertainer in Mandarin language music, and within the next two decades, she rose to superstardom in the Chinese language world. With her ability to sing in other languages, she quickly became an entertainment icon throughout Asia.

Teng’s huge success grated on Chinese authorities, especially since her family fled the Communist regime after the Cultural Revolution. The Chinese government would often criticize Teng’s music for containing pornographic and degenerate messaging. Her songs were always a jab to the Party chairman, ‘Deng’ Xiaoping whose family name she shared. In China there was a popular saying: by day people had to listen to “old Deng” but at night people listened to “little Teng” because they wanted to. Teng passed away from asthma complications in Thailand but she continues to live on through her entertainment career (Hsu, 2015, The New Yorker).

Ko Yuan-Cheng (1950-2014) aka Frankie Kao and Kao Ling-feng was a Taiwanese singer, actor and television show host. He was given the moniker The Frog Prince by his friend and comedian, Ni Min-jan. Kao starred in 14 films and released 11 albums, plus participated in many live events, singing, dancing and showcasing his unique fashion and adaptability in music/entertainment styles.

Kao lived his life to the fullest, marrying three times in his life and prospering with 6 children. He continued to perform until his demise at the age of 63 from leukemia (wiki).

Samuel Hui Koon-kit born Sept 6, 1948, aka Sam Hui or The God of Song is a major superstar in the Cantopop world. Hui is a musician, actor and songwriter who popularized Western style songs with his colloquial Cantonese over vernacular traditional Chinese to advocate and contrast his positionality to support socially equitable change for working class people. Hui was born in Guangzhou, China and his family fled to Hong Kong in 1950 as refugees where he attended university. He began his singing career in 1967 and was signed to Diamond Records. Hui began his television career as a youth music television host on TVB and then hosted a show with his brother, Michael Hui on the Hui Brothers Show in 1971.

Hui later signed with Polydor and released his first single in English, “April Lady.” He performed English songs in the United States and the United Kingdom. He released his album, Game Gamblers Play as a soundtrack to the movie with the same name that was directed by his brother.

Hui’s popularity helped influence the Cantopop genre where his messages advocating for working class people resonated with many Hong Kongese, satirizing Hong Kong society and culture. His soundtrack to Private Eyes from 1976 cemented his stance as the God of Song. Hui’s life work includes 27 albums and 23 films. He continues to reside in Hong Kong and is a loving grandfather and father (wiki).

Many Chinese actors and singers have purported Hui to be an inspiration for them to pursue singing and acting. This includes the late great Leslie Cheung, the prolific queer entertainer who completed suicide by jumping from the 24th floor of the Mandarin Oriental Hotel in Hong Kong on Aprils Fools Day 2003. Cheung’s death sent shockwaves throughout Asia and helped bring awareness to the stigmas surrounding mental health struggles that LGBTQ Chinese people continue to face in a hetetronormative society.

“Band on The Run” by The Wynners

Fans of the Cantopop genre are aware of popular English cover songs sung in English, Cantonese or Hong Kongese. Hong Kong was under British rule from 1841 to 1997 in a peace deal to end the first Opium War. It became a prosperous democracy for the British Empire and a cultural melting pot where Western music was embraced by many.

The Wynners are a Hong Kong band that was formed in the 1970s with members, Alan Tam (lead vocals), Kenny Bee (lead vocals, rhythm guitar and keyboards), Bennett Pang (lead guitar), Danny Yip (bass) and Anthony Chan (drums). The Wynners were assembled by manager Pato Leung out of an earlier carnation of the band, The Loosers.

The Wynners became one of the most popular teen idol bands in Hong Kong because they covered many Western hits including, “Sha-La-La-La” by The Walkers, “Save Your Kisses for Me” by Brotherhood of Man and “Hey Jude” by The Beatles. The Wynners commercial success was supported with their own show on TVB, The Wynners Specials (1975) plus three feature films that are musical dramas Let’s Rock (1975), Gonna Get You (1976) and Making It (1978).

Never formally disbanded, Alan Tam and Kenny Bee went on to pursue solo careers and were popular in Hong Kong in the 1980s. The Wynners continue to reunite every five years to sold-out crowds, such as playing at benefitting events to support tsunami victims in Japan April 2011, Love Beyond Borders organized by Jackie Chan. Plus a benefit concert Nov, 2014 at the Oracle Arena where proceeds went to Family Bridges a non-profit organization in Oakland, CA that supports newly migrated Asian seniors and families to the United States (wiki).

Weekend Family Music Hour has been with Freeform Portland since the station was established. As a family we have grown with the station & feel so privileged to have an affordable family activity that brings us together with your family’s lives, letting us share our musical household tastes. We love reciting Chinese horoscope predictions for Asian Lunar New Year, playing our Moog on Halloween, selecting songs based on politics or societal challenges and holidays! Check out our seasonal shows! Mostly ethnic; folk, rock, synth, disco, soul, hip hop, experimental and jazz/tongue jazz.